Following the extraordinary third win at the Pikes Peak International Hill Climb, which has been run following regulations that are quite different from the European ones, Wolf Racing Cars claimed three successful results in Italy and Slovenia over the past few weeks.

The most recent one is also the most representative, that is Federico Liber’s at the GHD Gorjanci: the most important hill-climb race in Slovenia with FIA CEZ validity. The Italian driver, who is a talent in hill-climb racing, made his debut last June in the new Wolf GB08 F Mistral on the occasion of the 51st Trofeo Vallecamonica driving a turbocharged car for the first time ever. Liber started his learning curve and in a few weeks has managed to claim this important result.

“GHD Gorjanci is a race I enjoyed a lot - Liber commented - and I realized that the itinerary suits well this car. The straights and driven corners allowed me to get the most out of the aerodynamics which improves the competitiveness of the Wolf GB08 F Mistral. I am still learning the package, but the potential is very high”.

The icing on the cake was the performance at the 71st Trento-Bondone, a race valid for the Italian Hillclimb championship and for the FIA European Hillclimb Challenge.

The Italian race is often defined as the University of hill-climbing and Wolf France’s official driver Michele Fattorini claimed seventh place overall getting close to the 10 minutes barrier (10’01.036s) in the Wolf GB08 Thunder. This result allowed him to win the FIA EHC group/class after the great performance scored in Falperra (ESP).

Giovanni Bellarosa (General Manager):
“In two weeks we collected very good results in the European hillclimbs. This is a huge satisfaction for us, as the whole hillclimb project is fairly recent, but we allocated important resources to it. We are working to deliver a tailored car to our drivers and we directly work on the chassis, but also engine and electronics. Customers have only one reference for everything and this is a huge advantage in terms of management. Liber’s win with the new 1175 turbo engine and the successes of Fattorini and Schena confirm that we are on the right path”. 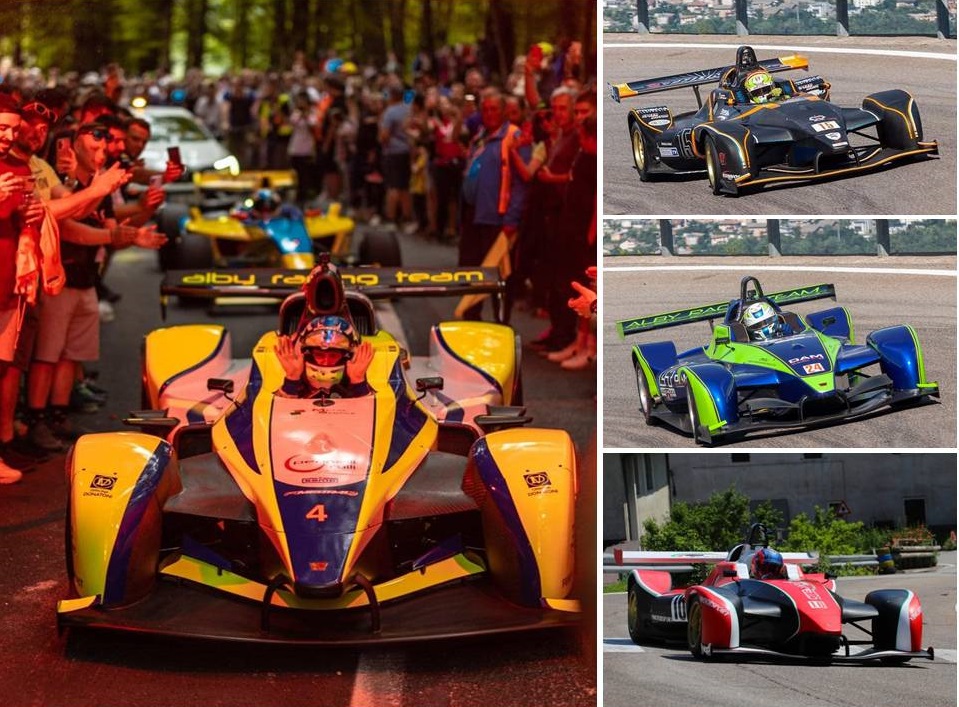