19.09.2022 – The National finals of NASA (National Auto Sport Organization) have been run in Laguna Seca over the weekend and Wolf Racing Cars celebrated the National Title obtained by Vasili Stratton and the Wolf GB08 Extreme. This has been an exceptional victory, considering that the Californian driver started from the back of the grid due to a wrong timing judgement in qualifying.

The race has been a monologue by the Wolf GB08 Extreme, as Henry Hill took a strong lead since the start. Hill drove a solitary race which unfortunately ended in the final lap with a trivial issue due to the failure of the db killer device used for noise limitation. At that point, Stratton inherited the lead rounding off his spectacular recovery with the victory.

Giovanni Bellarosa (General Manager):
"We congratulate Vasili Stratton on his great win. We are very happy for him even if we feel sorry for Henry Hill, who would have deserved the top step of the podium. Both drivers have a very close relationship with the brand and they are passionately followed by the home factory" 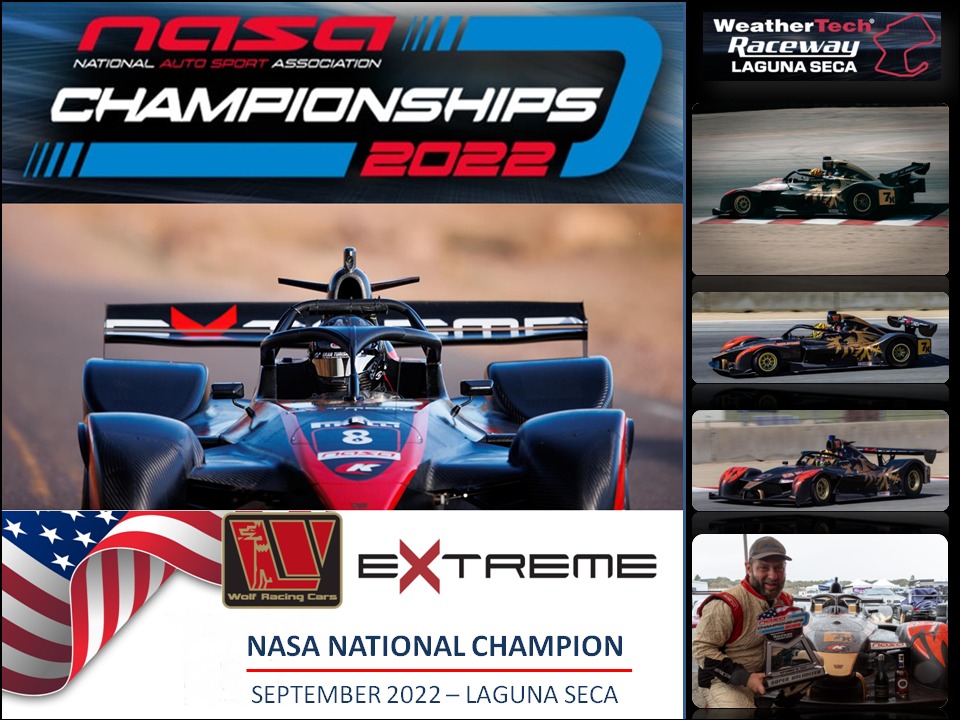