The series certified by ACI Esport and promoted by Wolf Racing Cars and Simracing Motorsport is about to get underway.

A new project is about to enrich Wolf Racing Cars’ world. ACI Sport, through its ESport commission recognized another initiative dedicated to Sim Racing: the Virtual Sports Prototypes Italian Championship, a project devised by the promoter and constructor of Wolf GB08 Thunder employed in the Italian series and by ACI Esport that guarantees the quality and equity of the event.

The organization has been entrusted to the Spanish company Simracing Motorsport that replicated the championship in a virtual edition, which includes the physical model of the Wolf GB08 Thunder that will need to be imported in the game Assetto Corsa that has been chosen for the competition.

The series of six races will start on June 26th at the virtual circuit of Mugello. The following appointments will be in Imola, Vallelunga, Monza, Mugello before ending with the second round in Imola on September 6th.

“Amateur” and “Advanced” qualifying have started on June 15th. A third “professional” level will be reserved to the 20 drivers entered in the Italian Sports Prototypes 2020 Championhsip.

Prizes up for grabs are very interesting: a test prize on a Wolf car for drivers not entered in the Italian Sports Prototypes Championship and an aircraft pilot course in collaboration with www.oneair.es.

All information are available on the website of the organizer
https://virtualsimracing.com/it/wolf-sim-racing/. 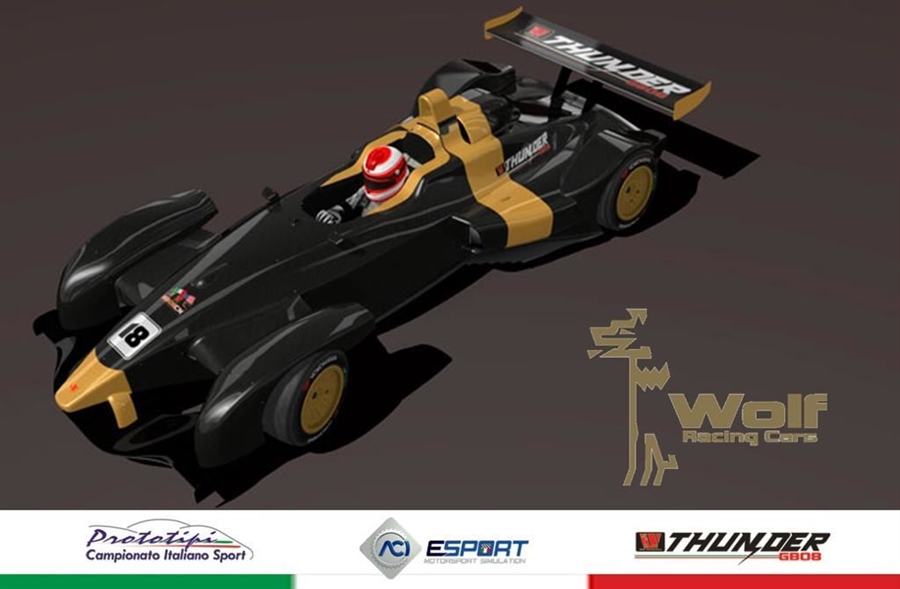